End of collaboration with the US Embassy in Iceland

A new board of directors

The United States and Iceland: To Live with Dignity 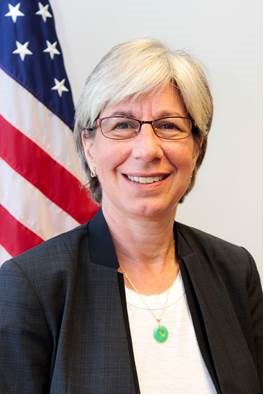 I am delighted to extend my greetings to all the participants in Reykjavik Pride as the U.S. Embassy is a proud supporter of LGBTI rights and this festival.

In honor of LGBTI month in June 2017, Secretary of State Rex Tillerson said: “…the Department of State affirms its solidarity with the human rights defenders and civil society organizations working around the world to uphold the fundamental freedoms of LGBTI persons to live with dignity and freedom….The United States remains committed to human rights and fundamental freedoms for all persons.”

Everyone should have the right to live with dignity and be free from threat of violence and discrimination. This year the U.S. Embassy will march in the Reykjavik Pride Parade for the seventh consecutive year.  We march for those LGBTI persons who continue to face the threat of violence and discrimination. We march because we believe that as Secretary Tillerson has said: “When all persons are protected on the basis of equality and with dignity, global stability is strengthened.

We, at the U.S. Embassy, have been very impressed with Reykjavik Pride, especially the organization’s commitment to stand up and fight to advance the rights of other minorities in Iceland struggling with inequality. One of those groups is individuals with disabilities. We commend the efforts of Reykjavik Pride to provide an accessibility ramp for the festivities to allow those who use a wheelchair to see and enjoy the entertainment on the main stage, just like everyone else. The U.S. Embassy has, in the past few years, sponsored this ramp and last year contributed to the cost of making the event fully accessible to ensure the inclusion of anyone who wished to participate.  We are happy to continue that support this year, as supporting both the LGBTI community and people with disabilities is not only part of our policy, but also the right thing to do.

We are also proud to continue our support of the Family Festival of Reykjavik Pride, to provide an entertaining, safe, and healthy environment for LGBTI families.  We started support for this portion of the  program in 2015 in honor of the U.S.  Supreme Court decision guaranteeing marriage equality in all 50 States. This monumental ruling was a historic victory for LGBTI Americans, declaring equality across state lines and ensuring fair treatment under the law, with the full dignity and respect the LGBTI community had strived to achieve for so long.

Finally, I would like to point out a valuable event sponsored by the U.S. Embassy that takes place at the Reykjavik Jazz Festival, a performance by 10-time Grammy award nominee, pianist, Fred Hersch and his trio. Mr. Hersch will also give a talk about his experiences as an out, HIV-positive jazz musician. Fred Hersch is a living legend, one of today’s giants of piano jazz that has firm roots in the tradition. His story of building an impressive career while dealing with life threatening disease will be an inspiration to all.